Cool Down for Warmth raises $315,000 to help families in need

Dollar Energy Fund raised more than $315,000 during its Cool Down for Warmth event on January 23 and 24, all with the help of local business leaders, sponsors, utility partners and many generous community individuals. The amount raised will provide assistance for approximately 877 families in Western Pennsylvania who are struggling to afford safe utility service this winter. Though the event is over, donations are still coming in! Those who wish to help local families in need may continue to donate online at www.crowdrise.com/CoolDownForWarmth2020. 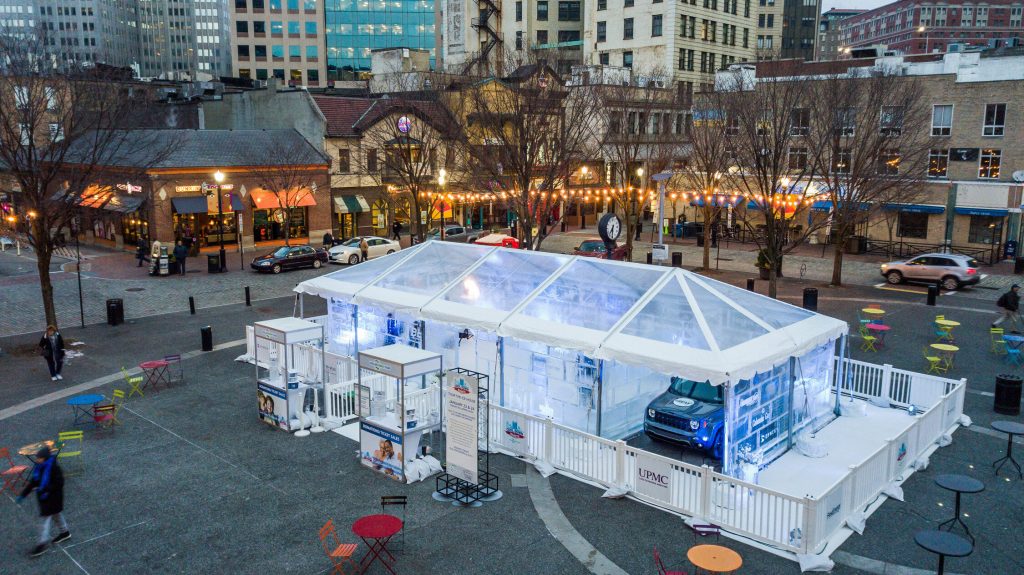 Over the course of the two-day event, many supporters sat in Dollar Energy Fund’s giant ice house in Market Square to raise funds and awareness for the thousands of families in our region without heat-related utility service. Many individuals and teams exceeded their fundraising goals, including Morgan O’Brien from Peoples Natural Gas, Duquesne Light Company’s Subzero Heroes, FirstEnergy, Pittsburgh Water and Sewer Authority, Columbia Gas of Pennsylvania, Dave Spigelmyer of Marcellus Shale Coalition, and Walter Bridges of Proforma. Dollar Energy Fund’s Board of Directors Team also exceeded its fundraising goal with the help of members, Paul Atencio, Kyle O’Connor, Joseph Ott, Doug Papa and Michael McGrath. Others showed their support by touring the house and participating in our Bowls for Warmth event.

Morgan O’Brien from Peoples Natural Gas and his supporters quickly surpassed his initial goal and raised a stunning $85,000! Duquesne Light’s Subzero Heroes and their CEO Steve Malnight also surpassed their goal to raise a total of approximately $39,000. 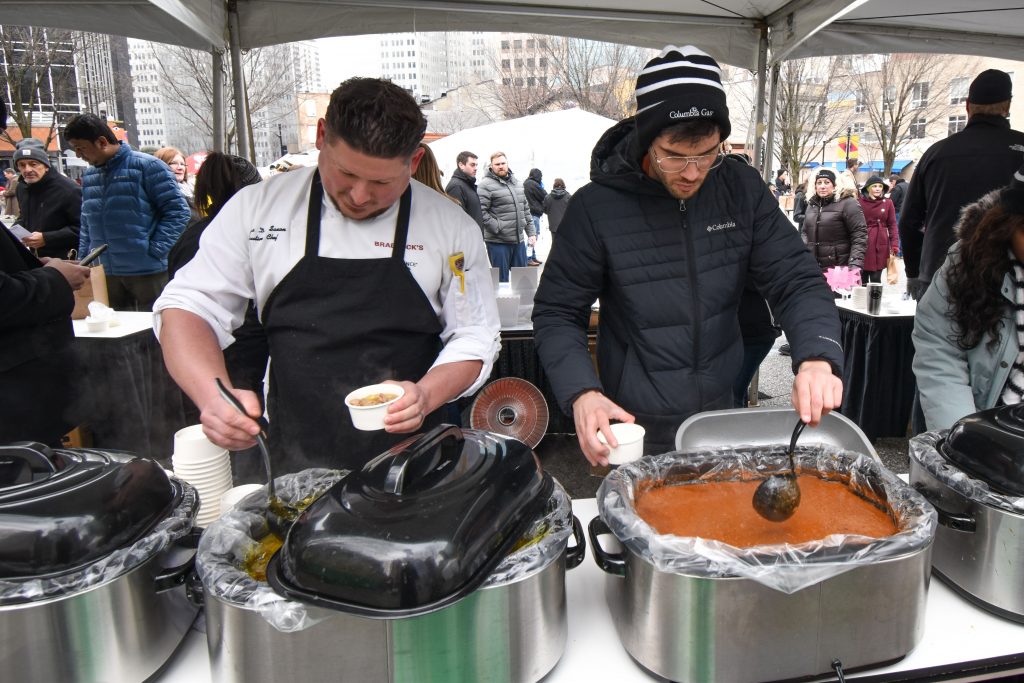 On behalf of the limited-income households we will continue to assist this year, thank you to everyone who supported our event! Follow us on Facebook and Twitter for more updates on future fundraisers, like our Warmathon taking place on February 13 and 14.

Click here to view more Cool Down for Warmth photos. 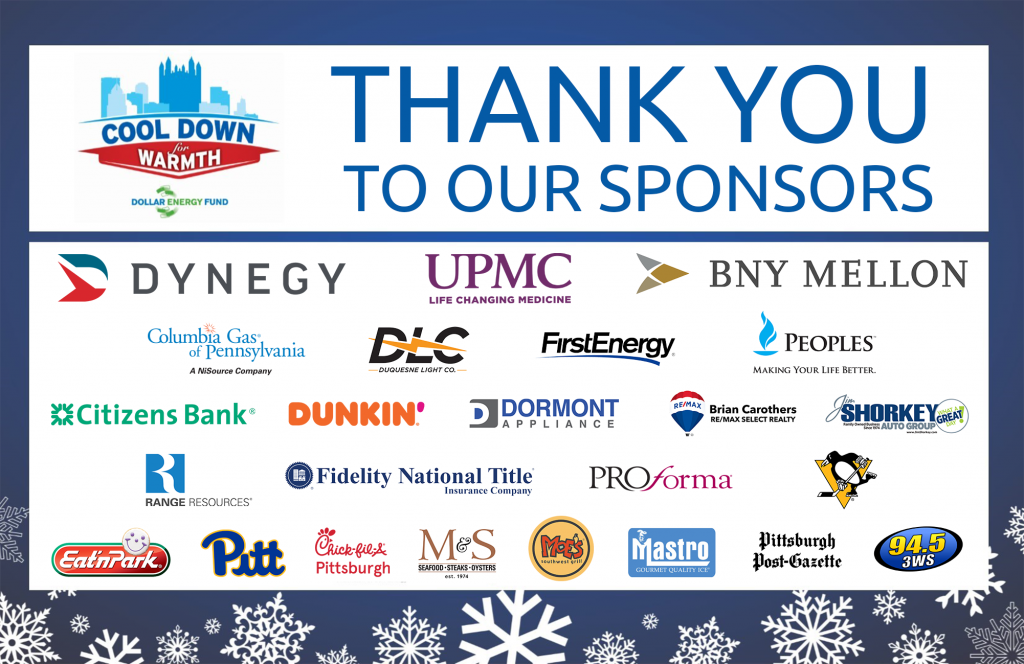